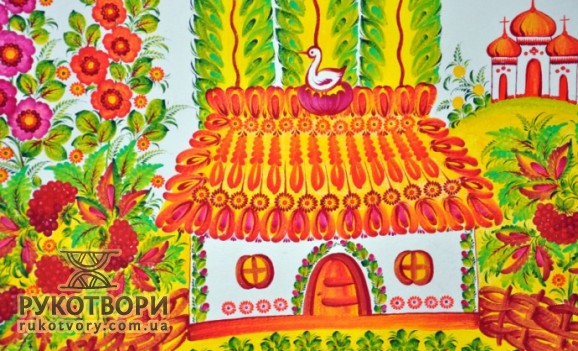 At present, active preparations to the large exhibition of Petrykivka decorative painting which is to be held in April, 2013, are underway. It is planned to involve maximum possible number of Petrykivka masters in the event and to broadly cover this field of Art, – thus Rukotvory were informed by Halyna Nazarenko, a master of Petrykivka decorative painting, after her return from Paris. In UNESCO premises, together with Oleh Yatsenko, the director of the Ukrainian Cultural Center in Paris, she was “conducting a preliminary check of the exhibition halls, because the general exhibition atmosphere will depend on their quality. Petrykivka painting is very bright so not all exhibition halls suit it”.

According to Halyna Nazarenko, the exhibition will take place under support of Oleksandr Vilkul, the Head of Dnipropetrovsk regional administration and Euhen Udod, the head of the regional council. 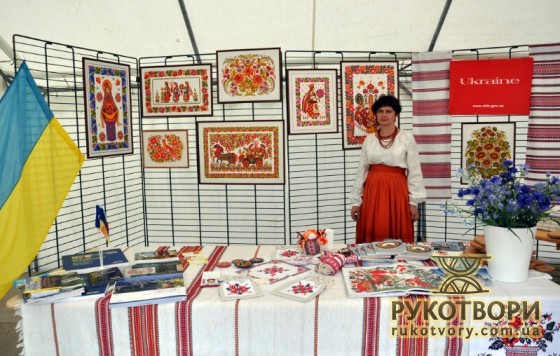 Beside examination of the halls intended for the future exhibition, the Ukrainian artist took part in a children’s holiday in Normandy (a historical region in the northern France – Rukotvory) which was organized by a commune in Canton de Rugles consisting of 16 cantons. There Galina Nazarenko represented Ukraine and Dnipropetrovsk region, by her works in particular.

“ The actions for children lasted for several weeks; but I was able to stay there only for several days, 30 June and 1 July, during which I conducted master-classes in decorative Petrykivka painting. I am always glad to see a lot of people willing to paint who later get satisfaction from both the process and the results; to my opinion this happens in particular due to the fact that Petrykivka painting is bright and positive – Halyna shares her impressions with us. This time it was the same; grown-ups were painting together with children; including official Majors of cities and actors who performed during this children’s activity.” 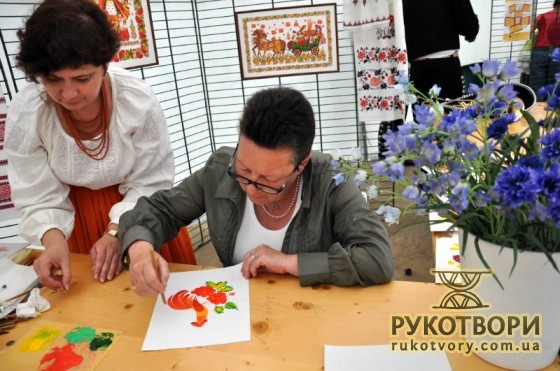 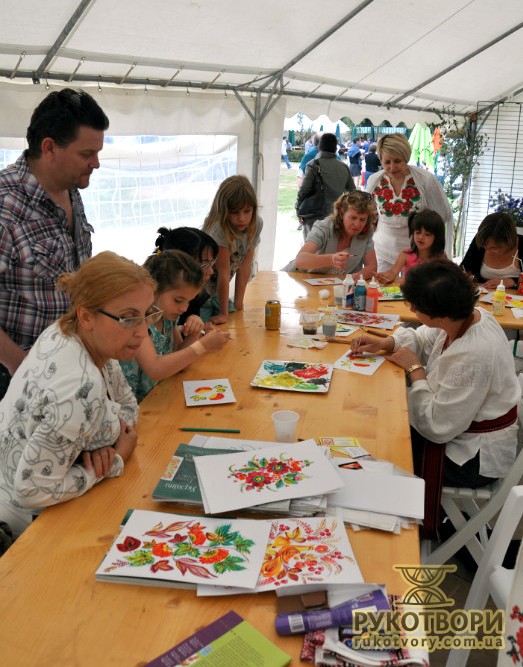 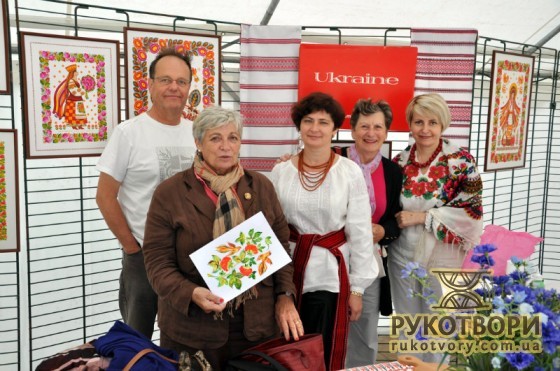 Within several weeks in France, Halyna Nazarenko also managed to paint one of the walls in Alen Delon’s former house (at present it is the Ukrainian Cultural Center in Paris building). “This kind of activity is good as advertisement of the decorative Petrykivka painting” – the artist says. In addition, I have dedicated my own painting with folk Ukrainian culture such as a country house under a straw hat, mallow and guelder rose to the 80th anniversary of the Dnipropetrovsk region and 240 years of Petrykivka.” 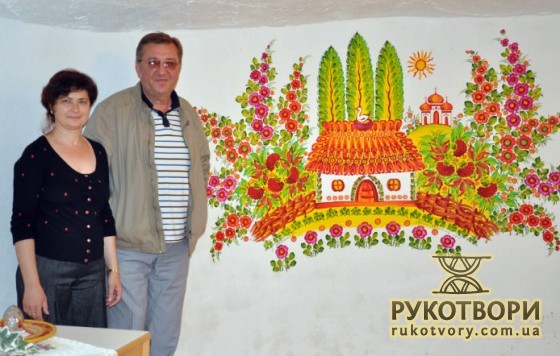 The artist from Petrykivka continues her story: “In Paris I met Jeane Paul Pylypchuk, the editor of the “Ukrainian Word” newspaper which has been published in Paris since 1933. The July issue had a short essay about my creative work and a substantial article about decorative Petrykivka painting, written by Yuri Kochubei, the Ambassador of Ukraine in France. 26 years ago he organized an extensive exhibition of Petrykivka painting in UNESCO which was a great success”.

While Halyna Nazarenko was occupied in France, the 17th personal exhibition of the artist was held in Plovdiv under support and organization of Mykola Baltazhi, the Ambassador of Ukraine in Bulgaria.