Oleksandra Telizhenko: Ornaments are our ancient universal reading and writing «Each rushnyk is a protective talisman having high space contents; a doll is a protective talisman of the Earth level. Together they cover the Space and the Earth. Using these two protective forces we can program ourselves, the Ukraine and our entire nation for all the good in the future year». These were the words with which Oleksandra Telizhenko, an honored artist of Ukraine, opened a family duet exhibition of embroidered rushnyks, pictures and original dolls on the 6th of December, 2011. The exhibition took place in the Ivan Honchar Museum in Kyiv; the exposition named “Sowing the fate” was created jointly with the doll-making artist Larysa Telizhenko. 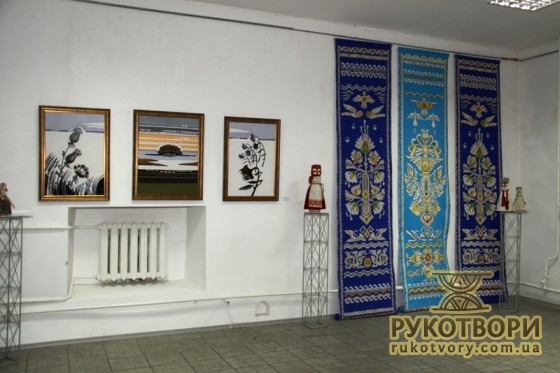 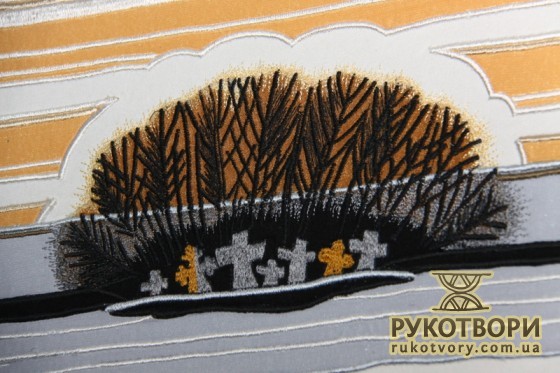 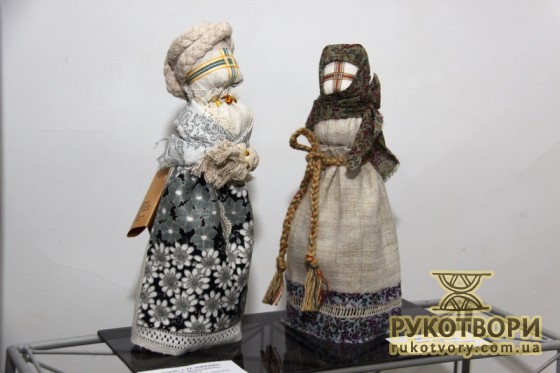 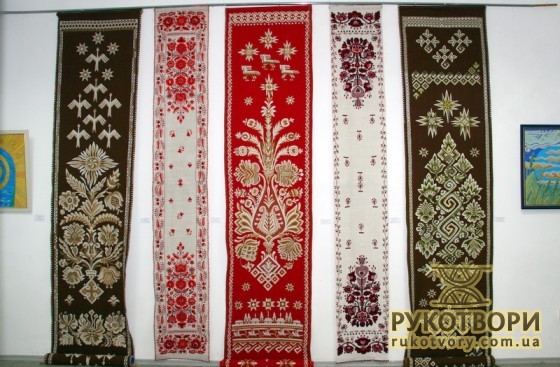 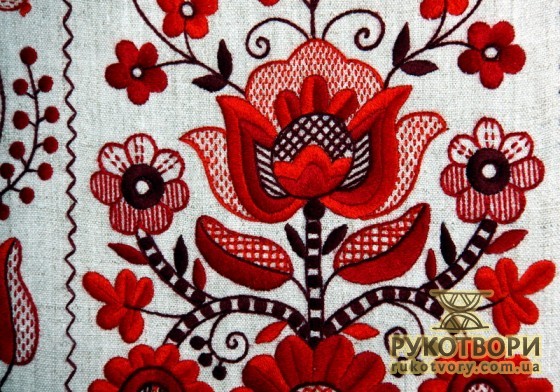 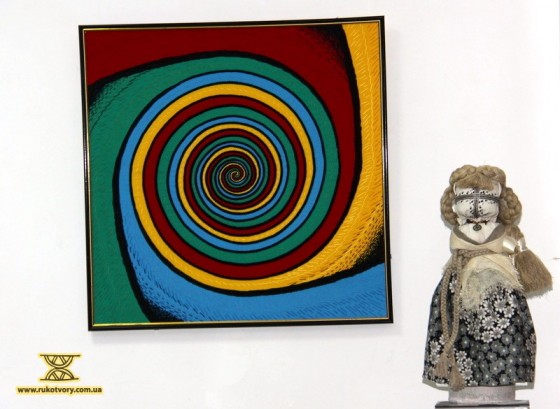 The rushnyks and pictures were created in the Oleksandra’s artistic workshop after her original drawings. Some of the rushnyks are of the wedding type; others are monumental and dedicated to particular themes such as “Roksolana”, “Triumph of the woman”… Completing one large work usually takes up to four months.

Larysa Telizhenko – Oleksandra’s daughter-in-law and the commercial director in the artistic workshop bearing the same name, says that «One rushnyk is like one organic energetic unit and it is usually embroidered by one person. Certainly, the author’s energy is interlaced with that of the embroider’s hands. Rushnyks are not embroidered from both sides; they should be made using single “handwriting” and style; they should carry the energy and the thought put there by the persons who embroiders them”.

“The tree of life” is the basis of each of the represented rushnyks. These rushnyks are made in the classical style common for the central Ukraine, but all of them are interpreted and reflected through the author’s conscience. They bear traditional symbols in the author’s presentation. 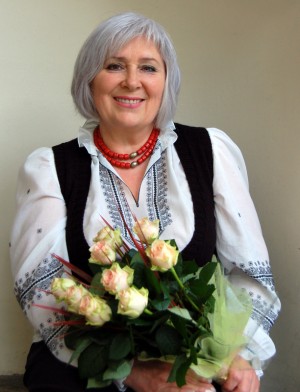 Oleksandra Telizhenko, an honored artist of Ukraine:
«I work with a group of people because the main law of the folk art is collectivity. I am an artist so I invent things, draw them, work with authors and perform supervision.

Embroidery is similar to a prayer; handmade embroidered things work and create definite energy around people; they create environment and charge it with good.

The rushnyk is both a protective talisman and a blessing. It consists of three-unique universes… It’s a kind of an academy dictionary comprising the Book of Veles and the entire nation’s history. The language of the rushnyk is the language of symbols and ornaments; as for the ornaments, they are our ancient universal reading and writing: let’s remember our famous Stonebarrow, Book of Veles, Trypillya. Never believe anyone saying that our people learned to write in the Хth century when Byzantine written language reached us: the Stonebarrow had had inscriptions 14 thousand years earlier and they looked much similar to an ornament. Those signs and symbols lay at the basis of our written language. It is our ancient writing but not the materially-minded kind used for everyday communication; the initial purpose of this writing was conversing with supernatural forces and the Heaven. It didn’t disappear; we have just forgotten it and need to refresh the knowledge.

Rushnyks were customary at the beginning of the 1st century, as scientists say; they survived after the Christianity was adopted; they existed during and after the country destructions and flourished in the Cossack state. As the 20th century was a century of continuous struggle, the Rushnyk became black, read and white – screaming and reflecting the drama. At present the situation is a bit different and rushnyks are trying to bloom with different colors”. 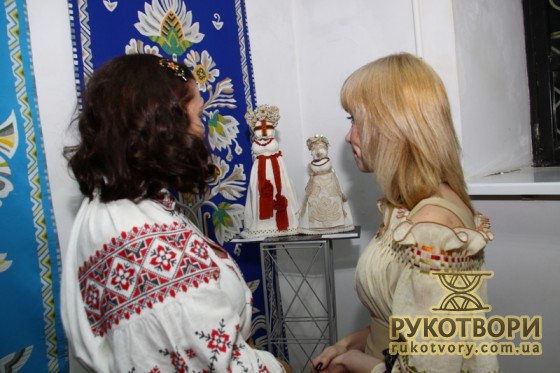 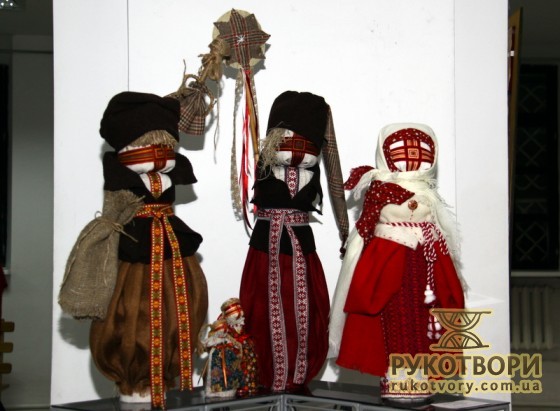 The rushnyk exposition is complemented by more than ten embroidered pictures, also created after the Oleksandra’s sketches, and more than two tens of original dolls of Larysa Telizhenko. Part of the collection was created by Larysa back in 2006; and a lot of dolls have been made within the last three months, including such compositions as “Christmas is coming”, “the Annunciation” and “the Virgin” doll.

Larysa Telizhenko, deputy director in the artistic workshop of Oleksandra Telizhenko:
“The basis of each doll is old home-woven fabric, 50-100 years old. This means that the fabric is old, very flexible, energetic and natural. I like to work with it because it is permeated by different energies. Other fabrics I use are also natural: flax, wool. The treads are natural, too. In some of my works I even used home-woven threads.

Next year, artistic Telizhenko’s family are planning to open a general joint exhibition, where beside Oleksandra’s embroidered compositions and Larysa’s dolls they are going to present vytynankas of Mr. Mykola Telizhenko and modern clothes in ethnic style created by Olesya Telizhenko.