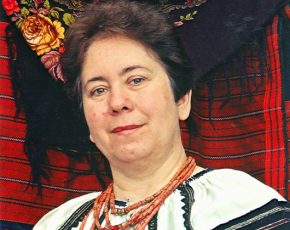 Vira is a master of the art of the pysanka, and is well-known among pysankary. She has authored several books about pysanky, and seeks out and preserves traditional pysanka designs. Vira has over 3000 pysanky in her pysanka collection, all of which she has written herself from ancient regional Ukrainian patterns. A large part of her collection of traditional designs were given her by collectors both in Ukraine and abroad.

Vira Manko’s first book about pysanky was published in 2001 to great acclaim. In it, the author described both talismanic uses of the pysanka and the symbolism of its ornamentation, which she considers to be an indestructible coded communication of the Ukrainian nation and ancient humanity. Vira is also interested in traditional Ukrainian weaving and embroidery.