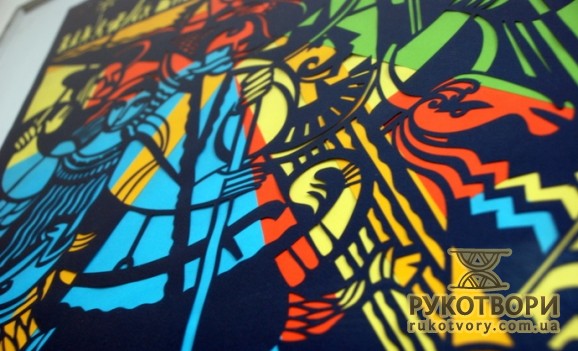 Over eighty paper-cut vytynanka compositions of Mykola Telizhenko, an honored artist of Ukraine, are exhibited in Kyiv, in the hall of “Ivan Honchar Museum” – the National Center of Folk Culture. The exhibition will be open till the August 12th.

The exposition is timed to the master’s 60th anniversary which he celebrated in March. At the time the same exposition but with a greater number of pictures was exhibited in the history and economy museum of Cherkasy – the native city of the artist. Sergiy Proskurnya, film director and producer:
“The following metaphor was born during the personal exhibition of Mykola in Cherkasy that took place last March: the Angel that rolls up the sky in Kyrylivska church is one part of the story and Mykola Telizhenko who unfolds the skies is its other part. So he can cut out any vytynanka from the blue Ukrainian sky using his Moon scissors, but whatever he chooses to depict – all his vytynankas have the Moon, the stars and the entire Universe because they are his internal structure and his nature.”

According to Mykola Telizhenko, it was initially planned to exhibit а larger number of pictures but a part of them were damaged during a natural disaster: pouring rains destroyed the roof of the workshop and about a hundred of works were flooded over.

In spite of this, the museum hall was not empty: vytynanka creations surprised by variety of their plots and different applied techniques. 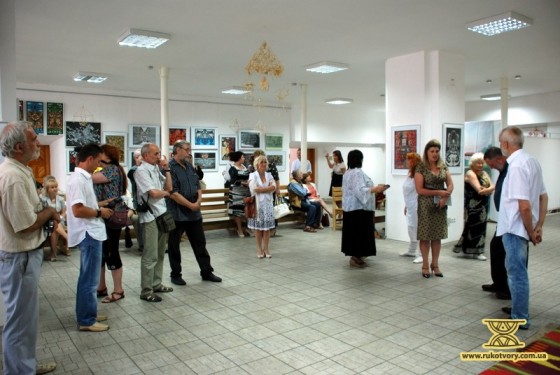 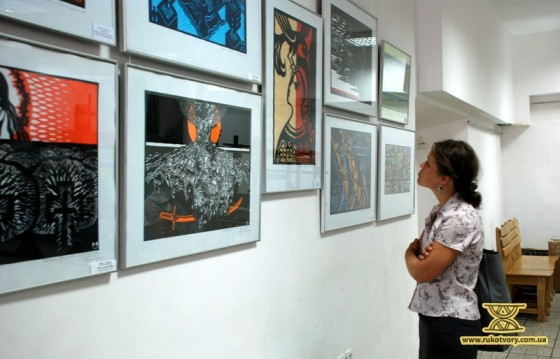 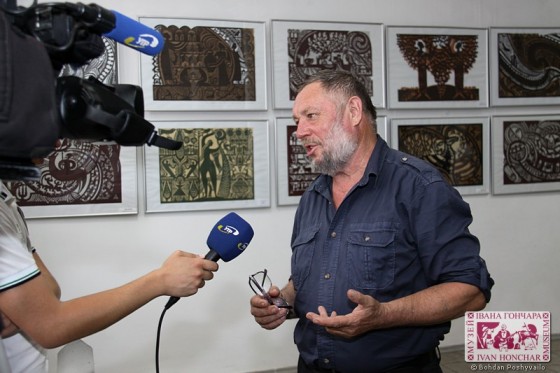 Scissors alone are not enough for creating such artistic compositions; different cutters and chisels are needed, too. As for the paper, the master does not only cut it; he also tears, distorts and burns it.

Mykola Telizhenko, artist:
“I can enrich the vytynanka using different approaches: to distort the paper after or before the pattern has been cut out. I also use a technique called “burning out”: I cut out a shape, then take a candle and singe the outlines – the results are very interesting. And there you can see a picture made using a technique called “tearing out”: when country women didn’t have any scissors they used to simply tear out parts of paper using their fingernails. So, there are a lot of techniques. The paper just needs love and respect”. Tetyana Poshivaylo, fine art specialist, deputy head of Ivan Honchar:
“Here, we observe a transformation of the vytynanka as an art genre. It’s amazing – what heights of professionalism can one reach based on a folk technique that originated from painting! Each of Mykola Telizhenko’s works is like a musical composition: one can stand for a long time looking and listening to a composition and tuning to its vibrations.”

The theme of Ukraine can be seen in each of the master’s works. This theme was once deliberately chosen by the artist: “Ukraine is the main thing for me – whether through legends, epic stories or Cossack themes. Ukraine is in my soul forever. Even if there’s a naked woman she is always a Ukrainian”. 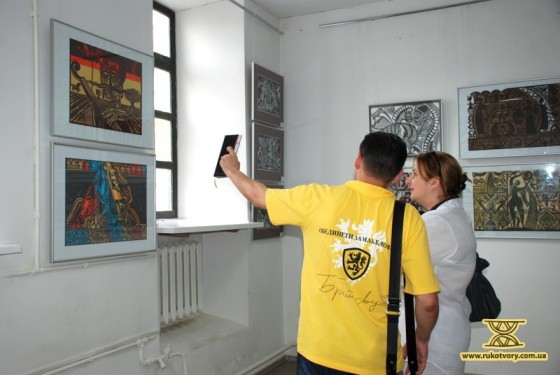 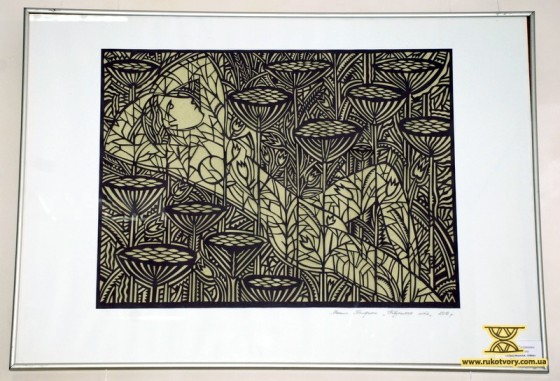 In compositions, black color is a preferred one with the artist. He usually uses Finnish and Italian paper. Before cutting the patterns out, the master makes sketches and then copies them on paper. “It happens I draw even on boxes of matches if I don’t have paper – for example, when going in a trolleybus or in a city bus” – the artist says.

Mykola Telizhenko doesn’t advise people to glue the cut patterns to paper because “a vytynanka should breathe”. The artist slightly fixes his works with glue in two or three points. “If an entire vytynanka is glued on paper then it becomes an ordinary application. But if a good vytynanka is lighted in a proper way it gives shadows due to its volumetric nature.”

Vytynankas the same as pysankas can never be identical – states the master. The same composition definitely can be taken as a basis but the pen or the knife behaves differently each time.