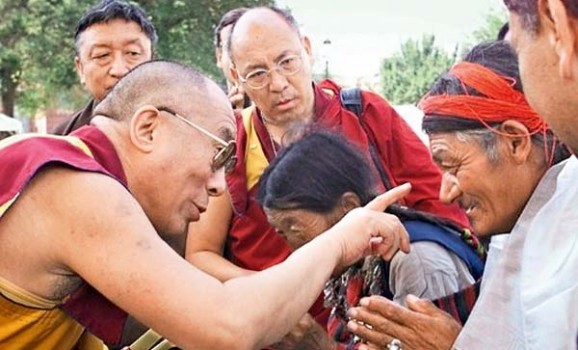 Ukraine’s leaders appear to have missed out on a great opportunity for improving the nation’s image abroad.

The country was invited to participate in the Smithsonian Folklife Festival in 2014, but evidently Ukraine’s government decided it was not worth the $800,000 participation fee. Now, Ukraine’s slot is in danger of being taken up by another nation that completes the requirements.

Founded in 1846, the Smithsonian bills itself as the world’s largest museum and research complex. The Smithsonian Folklife Festival is an international exposition of living cultural heritage. It takes place annually on the National Mall in Washington, D.C.

“It looks like nobody could get the right people’s attention,” says Morgan Williams, president of U.S.-Ukraine Business Council, which supported Ukraine’s participation.

A lot of people will be disappointed if Ukraine doesn’t participate.

Ihor Poshyvailo, professor and deputy head of National Center of Folk Culture Ivan Honchar Museum, visited the Smithsonian Institution in 2010 with the idea of securing Ukraine an official invitation to be involved in the festival. Poshyvailo succeeded and an official invitation was made to President Viktor Yanukovych during his first official visit to Ukraine as president that year.

The year 2014 was chosen for symbolic reasons, since it is the 200th anniversary of the birth of national hero Taras Shevchenko.
Ukraine’s government didn’t follow up on the invitation, despite reminders from the Smithsonian about an end of 2011 deadline.

Poshyvailo blames bureaucracy. “I personally approached the government many times asking if they are going to do this,” he said. “And I was told to go to Ministry of Culture, where they would send me to the Ministry of Finance or the Ministry of Foreign Affairs. As I understand this whole thing just got stuck somewhere between the departments and nobody was willing to take responsibility of doing anything real.”

Oleh Voloshyn, spokesman for Ministry of Foreign Affairs, said the Ministry “knows nothing about the festival.”
Hanna Herman, a top presidential aide, is identified by Poshyvailo and Williams as a key figure in the saga.

“I was in several meetings with [U.S.] Ambassador [John F.] Tefft and Hanna Herman where Herman told the ambassador that Ukraine would do this and not miss the great opportunity,” Williams said. “So much for what she told Tefft.”

When the Kyiv Post asked Herman by telephone about the Smithsonian issue, she referred calls to the Ministry of Culture and hung up the phone.

The Ministry of Culture gave this statement: The ministry “expressed interest in participating in the Smithsonian Folklife Festival in 2014, provided that suitable funding would be supplied. However, the Ministry of Finance found it inexpedient to sign the Memorandum of Understanding and made it impossible for Ukraine to participate in the Festival.”

According to the Ministry of Culture’s information, the festival budget is $1.4 million to $2.6 million.

The Kyiv Post has learned that China is applying for Ukraine’s slot, and that the first nation to sign an agreement will get to participate.
This means that Ukraine still has a chance, according to Folklife Festival director Stephan Kidd.

“Since 2010, we have been meeting with representatives of the government of Ukraine and with representatives of the U.S. Embassy in Ukraine to determine the feasibility of a Smithsonian Folklife Festival program on Ukraine,” Kidd said. “Although no decision has been reached to date, we are still very much looking forward to the possibility of producing a Folklife Festival program in a future year.”

However, apparently the Ukrainian government hasn’t set aside the required $800,000 for the event.
Williams and Poshyvailo say Ukraine will be the big loser if officials don’t participate.

“This festival could make a return of 30 to 1 on their meager PR investment,” Williams says. “They’ve spent $100,000 for just one Washington Post [advertising supplement], and it was here for just one day and then gone. People don’t remember things like that. But they definitely would have remembered a two-week festival.”

Moreover, the Ministry of Foreign Affairs last year spent $1 million on a program to improve Ukraine’s image abroad.
Also, Poshyvailo says that sponsors could have been found to come up with some of the $800,000 entrance fee.

If Ukraine misses the 2014 festival, it will have a chance in future years. “The Smithsonian Center for Folklife has great experience since 1967. It can distinguish between the country itself and its governmental bureaucracy,” Poshyvailo says.

Williams is not so optimistic about the ease with which Smithsonian officials will forget how difficult it is to work with the Ukrainian government.