Practically each household in Kosmach, Gutsul territory, can boast of its own folk master 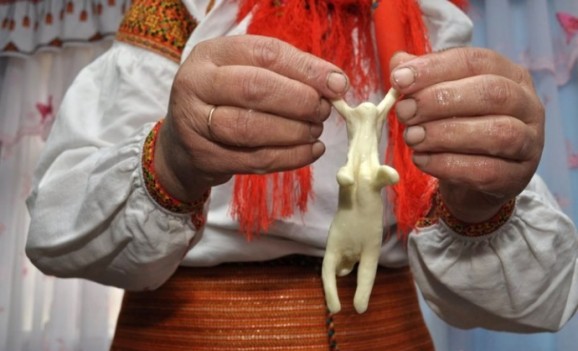 Euhen Hapych, a photographer from Kolomyia is sure of this. For half a year he has been traveling to this village taking photographs of folk masters in the process of work. 130 of his best photos which picture thirty local masters were presented in the Hetmanship museum in Kyiv, on the 17th of October, 2011.

Euhen Hapych, a photographer:
«For about half a year I was collecting materials; was looking for something unusual. I came to Kosmach for a day every week, selected from three to five masters and captured their work. I had only one condition: people had to simply sit and work as if there was no one around. I did not interfere with their work and they did not disturb mine.

Now I know the process of making pysankas, vyshyvankas, carpets and postols (bast shoes). I am also familiar with irresistible desire to create things. According to the frequent saying of the masters, “You need a pure heart for the planned things to come to life”. 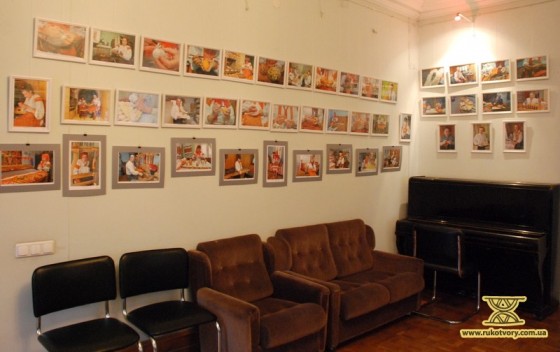 The first exhibition of photographs of folk masters in Ukraine 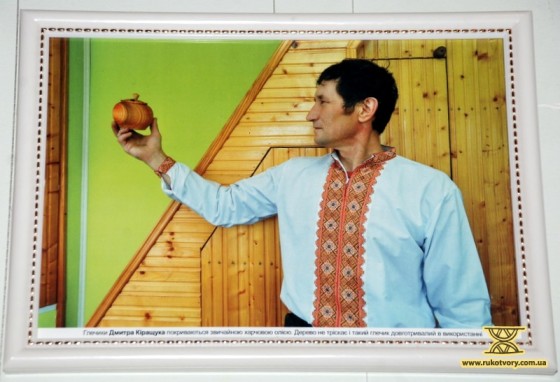 Jugs and pitchers of Dmytro Kirashchuk are covered by ordinary vegetable oil. Their wood does not give cracks so their lifetimes are very extensive 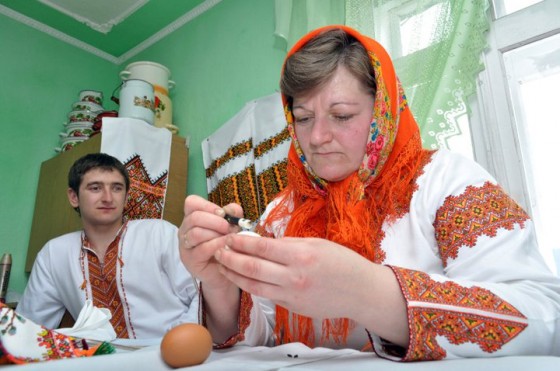 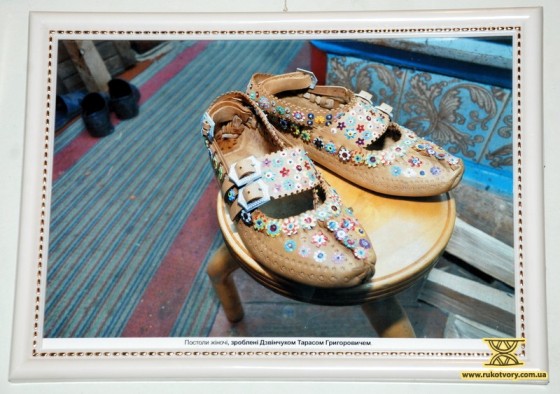 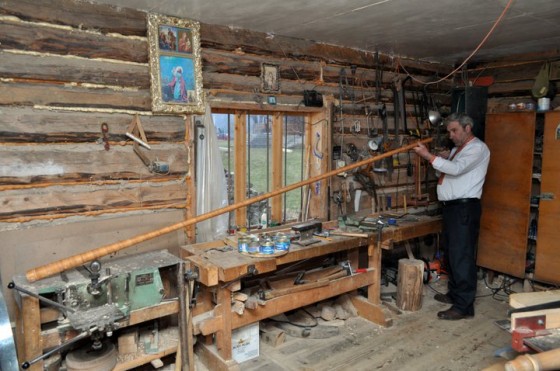 Trembita is a folk wind instrument widespread at the Gutsul territory Yury M. Semchuk, a carver with a chess-board and chess of his own making 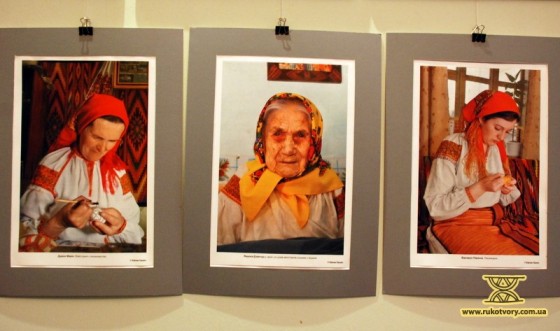 More than one third of the Kosmach inhabitants are occupied in creative work. Some of them are busy with embroidery; some weave carpets or make postols. There are people who are occupied in making tubs or barrels or wood carving. Some masters are good at making hazelnut baskets, traditional costumes or folk musical instruments. But most of all Kosmach is known for its pysanka-making art.

Euhen Hapych, a photographer:
«There is a problem lying in that our State respects only masters with official statuses. There is only one Honored master in Kosmach – Dmytro Pozhodzhuk.

As for my idea, it was to show ordinary gifted people having different talents. It is an interesting fact that Kosmach is the largest village in Europe. It has nearly 7 thousand inhabitants; 3 thousand of them are masters of different crafts. Practically each household can boast of its own folk master. It is a pity that Kosmach is not well-known, because works of the local masters are wonderful». 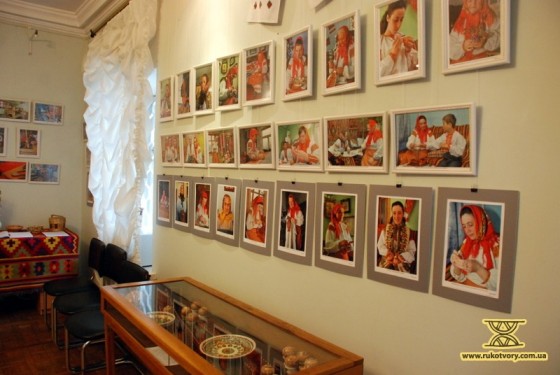 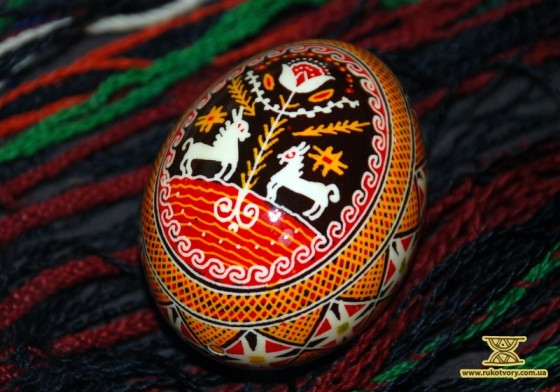 Words of gratitude from the exhibition visitors

According to Euhen, mainly older generation is occupied in the folk art in the village: people of 35 – 60 years old. The photographer says that not many young people are occupied in arts and crafts because it is not possible to earn decent money in this way.

Euhen Hapych, a photographer:
«Income from souvenirs is average. For instance, a rushnyk costs 100 UAH for wholesale. A master spends 4 days to embroider it, which means she earns 25 UAH a day.

The youngest master captured in the photographs is 8 years old: Vasylko decorates pysankas. Maybe his works lack perfection but he makes them from the bottom of his heart. The oldest character of my exhibition, Eudokia, has turned 100. She is occupied in making things from withe and vine. Actually, by means of my exhibition I would like to show that Kosmach located at Gutsul territory has a lot of talented people. It is worth coming here to see their unique works of art».

Euhen is planning to continue photographing masters, not limiting himself with Kosmach. His exhibition in the Kyiv Hetmanship Museum lasted till November 6, 2011.

Kateryna Kachur, additional material from visty.in.ua
Photographs by Kateryna Kachur and from the private archive of Euhen Hapych