Lviv, Chernivtsy, Uzhgorod are the most attractive cities for the New Year holiday celebration 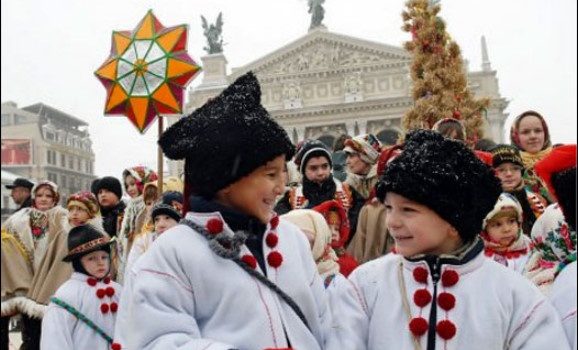 Ranking of the most attractive cities for New Year celebration has been performed in Ukraine. The first place in accordance with this ranking is occupied by Lviv. Historical Poltava and Uzhgorod got to the top ten of the cities most visited during the New Year celebrations in Ukraine. Dniepropetrovsk New Year tree and fountain are meant for hi-tech fans. Kyiv occupies only the sixth place because all the New Year surprises Kyiv can offer are concerts and fireworks in the city center and photos to remember the event.

Sevastopol – Simferopol got to the fifth place of the top of the New Year trip directions. There, it’s not as hot as it is in Egypt but anyway Ukrainian south wins by its contrast to the rest of the territory that is why the number of tourists has increased for 15%.

The forth place is occupied by Khmelnytsky region. Visitors of Kamyanets-Podilsky are entertained in the Middle Ages fortress during the New Year night. The place is expecting hundreds of visitors.

Tour guides dressed in the costumes of the ХVI century fashion restore the spirit of the ancient city using some plot, bonfires and knight tournaments. The tourist entertainments include archery, horse-riding and ghosts. A bucket with champagne can be pulled out from a deep well.

Odesa got to the third place. Even the absence of snow is not able to scare the tourists away. If there’s no real snow then it’s always possible to replace it with artificial stuff. The organizers promise a New Year tree from avant-garde artists. The city will celebrate with jokes and Odessa’s cuisine in the open air. People from all over the world come there as TSN reports.

The second place belongs to Chernivtsy. It can be said that the lion’s share of the travelers want to celebrate the New Year close by mountains and forests. They are what people come for to the Transcarpathian Mizhgirya. It shares the second place with Beregovo: people come there to be able to visit Hungary not crossing any boundaries.

Vienna, Prague and Paris in one – this is the reason of Chernivtsy popularity. A small hospitable town and European landscape go well together with provincial prices.

Lviv has become a leader among the Ukrainian cities judging by the number of the people willing to come there for the New Year celebration. It is the absolute favorite among the tourists’ tastes. During the New Year and Christmas celebration Lviv streets are full of tourists from Ukraine and Europe. Together with the traditional holidays a gigantic Didukh overcomes the city during the holiday weeks. A January program altogether is always very intense: Grand Carol festival, Zvizdars’ parade; Pampuh (national kind of a doughnut) festival, Ice sculpture festival. Lviv attracts people by its color palette and hospitability. The city started to prepare to the New Year influx back in the autumn: street guiding tables and maps in English were mounted around the place.