Christmas carols in the underground 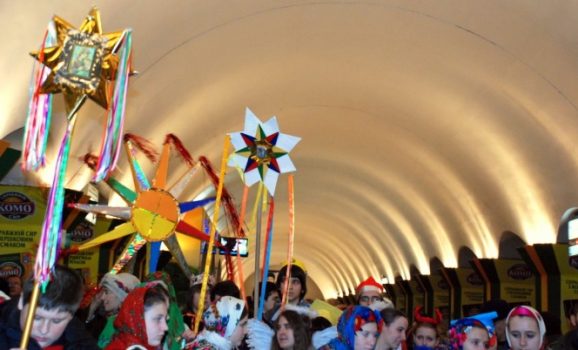 At 15:00 on January the 13th the time stopped for the passengers of the capital underground. It was then that a festive carol ”Dobry vechir tobi, pane gospodaryu” (“Good evening to you, master”) could be heard simultaneously at different underground stations: “Dorohozhychi”, “Arsenalna”, “Pecherska”, “Obolon”, “Taras Shevchenko”. About a dozen of the best Kyiv folk bands – “Rozhanycia”, “Volnycia”, the band of Ivan Honchar Museum, “Makiv tsvit” (“Poppy’s flowers”), “Zernyatko” (“A little grain”), the band of the National University of Kyiv-Mohyla Akademy” – and others decided to arrange a real holiday for people (and a kind of an unexpected happening, too: “the next station is “Bountiful evening”), to please people with ceremonies and songs traditional for this “Malanka” day on the eve of the Old Style New Year.

At first the singing could be heard in the trains, and later all the bands came together on “Maydan Nezalezhnosti” station and arranged a real explosion of traditional Christmas carols (called “kolyaduvannya” and “shchedruvannya”). Even the loud noise of trains was not able to suppress the voices of the performers! Though the underground staff had not been previously informed about the action, they let the singers pass and smiled sincerely. 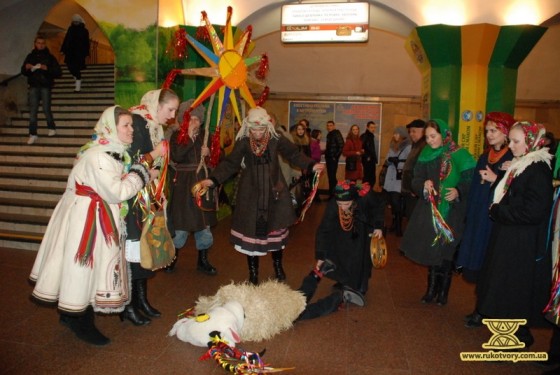 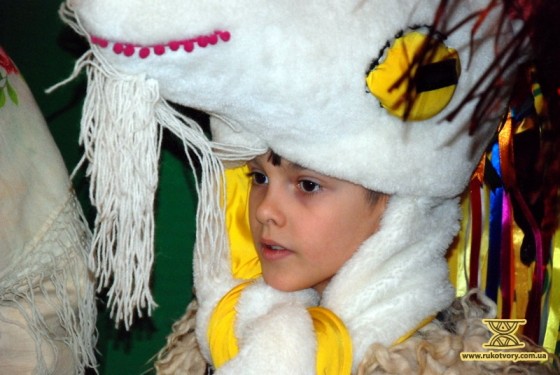 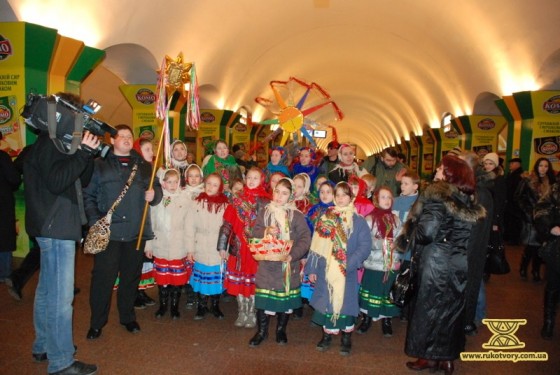 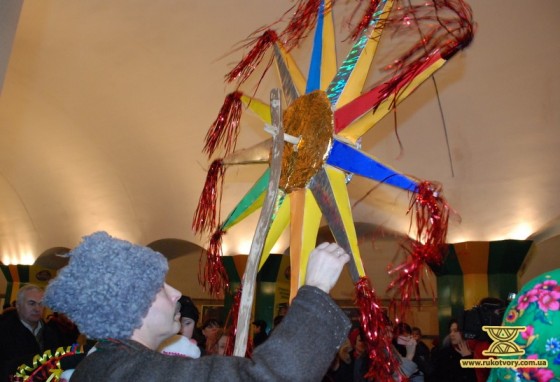 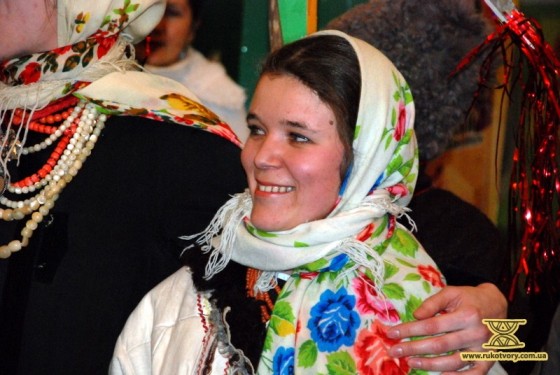 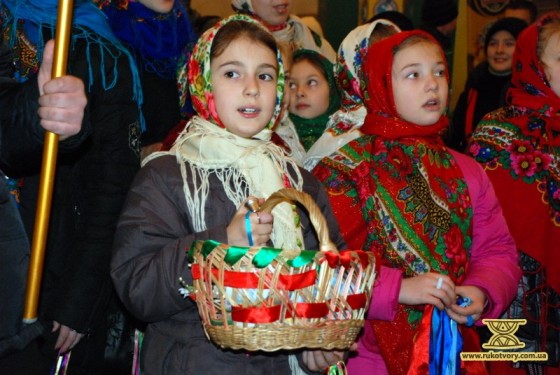 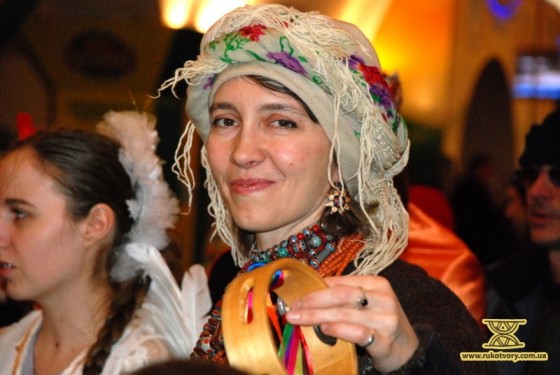 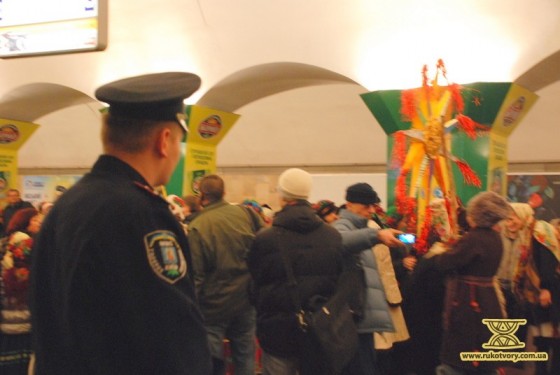 Reactions of people were different. Some pretended as if nothing was going on and rushed by on their business but majority however changed their countenances, stopped, listened, took pictures and gave the singers small change for presents. 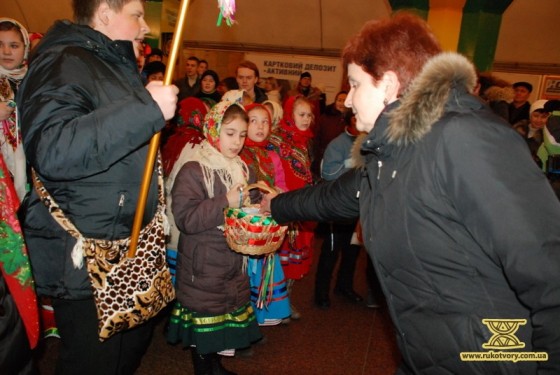 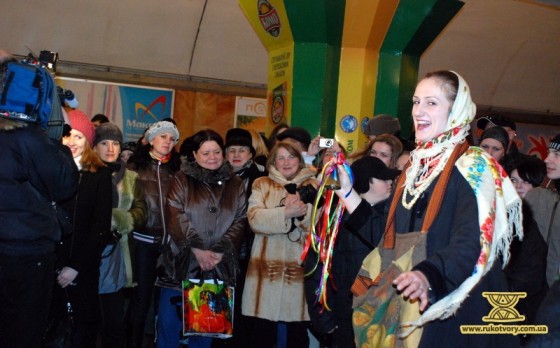 Half an hour later, the bands went up to the city and went along the streets singing Christmas carols. 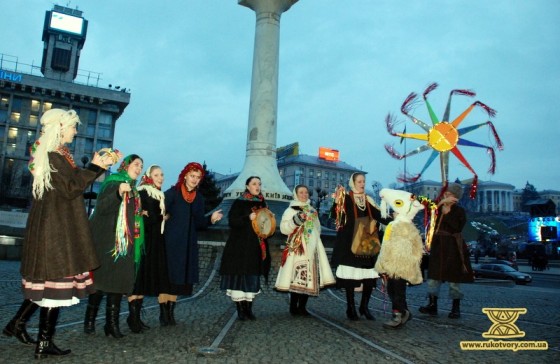 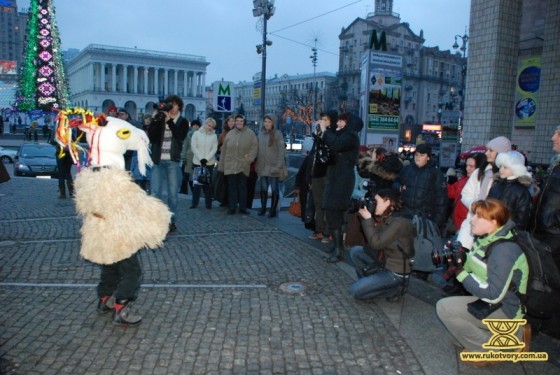 Oleksandr, a lawyer from Kyiv:

– I walked watching the reactions of people. Ukrainian people are very constrained yet. People should support each other, smile and wish love and happiness to everyone but the faces of people are very constrained yet. I think these actions will assist people in loving each other, supporting their own culture and remembering who they are and where they are from.

Natalia, a businesswoman from Melitopol:

– It is for the first time that I see such an activity. And it’s a special miracle to see Malanka in the heart of a modern city. I am from Melitopol. We happen to be in Kyiv by chance today so we saw this holiday by chance as well.

Natalia, a participant of the activity from the band of Ivan Honchar Museum:

– It’s wonderful! The emotions are unbelievable! When you see the way people react you are filled with additional new energy! We hope that we have charged a lot of people with our positive mood and they will sure participate in Carol singing next year if not now. We have organized such activity for the first time, and hopefully this will become a tradition.

You can watch a report on “Inter” TV-channel and one more video from the activity is available on “Glavred”.